All is Assuredly Well

Books for Children in Same-Sex Families 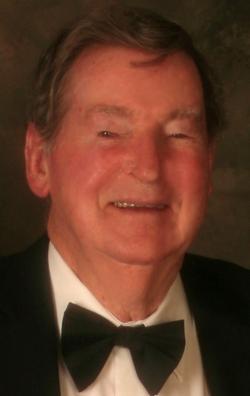 All is Assuredly Well co-author, Maestro Wilson, is a conductor, composer, arranger, music teacher, singer, cantor, trumpet player, and campañero (bell ringer).  He was a public-school band director and music teacher for 28 years.

When the film Mr. Holland’s Opus was released, Maestro Wilson received cards and letters from former students all over the country saying that he had been their Mr. Holland.

He was Professor Gore’s private clarinet teacher and junior high band director, and as such, he was the first person to recognize and encourage her word-smithing skills.

He is a native of Santa Fe, New Mexico, and a life-long resident of the state, who, in addition to his major in Music Education with an instrumental teaching emphasis, has a minor in Speech and Drama.

Maestro Wilson has seven children, nine grandchildren, and seven great-grandchildren.  In addition to his biological children, he has helped raise thousands of other people’s kids. His devout wish is that through this book, he will be able to help even more parents raise their children.